Is ‘Die Hard’ a Christmas Movie? 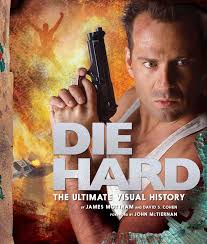 The 1988 film "Die Hard" presents the longstanding debate over whether it is a Christmas movie, or just another action packed hero film.

Die Hard tells the story of John McLane, a New York City policeman, who is tasked with saving his wife and coworkers from a terrorist attack. The movie starts with McLane visiting Los Angeles to attend his wife’s holiday party. This leads some to believe the film should be considered a Christmas movie, but Christmas is far from the center of the film. The longstanding debate over the 1988 film even has the cast and crew on opposing sides. Bruce Willis, who plays John McLane, has commented that the film is an action movie. Opposingly, scriptwriter Steven E. de Souza has stated that it is in fact a Christmas film.

Some feel that the Christmas party in the beginning heavily contributes to the sequence of  later events. Had the office party not occured, Hans Gruber would not have had the opportunity to overtake the Nakatomi Plaza.

“Die Hard is a Christmas movie,” senior Niklas Edstrom said. “Christmas is an integral part of the plot, if it had not been Christmas time, the team would not have attempted the heist.”

Even without the office party, plenty of Christmas tropes and themes are observed in the film that persuade some to believe it is a Christmas film. Holiday songs such as “Let it Snow” included on the soundtrack contribute to the Christmas appeal.

John and his wife, Holly, fall victim to the classic Christmas trope of sharing a kiss as the snow falls. Except instead of snow, it is papers from the now destroyed Nakatomi building falling down around them. Despite this, the majority of the film is fighting and one-liners, leading others to believe that the film should be classified in the genre of action and heroics. The action and language in the movie leads many to believe that it takes away from the heartwarming messages of a traditional Christmas movie.

“Die Hard should not be considered a Christmas movie,” sophomore Sofia Krstolic said. “There’s so much fighting that makes it more of an action movie. Most Christmas movies are about love, family and friends. All the violence and blood makes it too gorey to be made for the ‘happiest time of the year’.”

Despite vast opinions on the film’s genre, most can agree that the film is a classic: full of intense brawls and iconic lines, making it a worthy watch, no matter what time of year.

“Even if you don’t think it’s a Christmas movie, it’s still a good movie to watch with your friends,” Krstolic said. “It has an interesting plot and entertaining fights that make it good, even without the Christmas parts.”