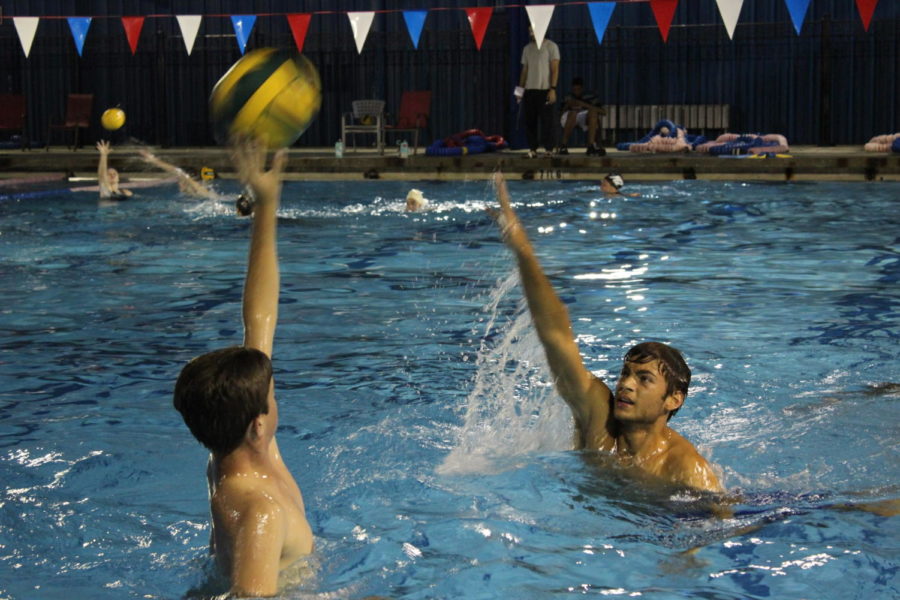 Junior Carson Cashion and Freshman Nicholas Vakordjian do the same defense dill. This is Cashion's second year on the team, and although season has not started yet showing up to practices has still been a priority. For the boys team there is one overarching goal, to beat rival team Seminole.

Water polo is a spring season sport, but during the fall and winter season both the boys and girls teams are in the pool practicing. Pre-season practices are held to see players strengths and weaknesses and improve before season starts. It is also a chance for potential new players to try their hand in the grueling sport. Both teams have many goals this year, including beating rival team Seminole, so these two hour practices are taken seriously. With swimming laps as a warm up, along with the occasional “dryland” exercise, like running and stretching, these practices are jam packed. Players pass to each other, stage defensive plays and scrimmage to polish their skills.