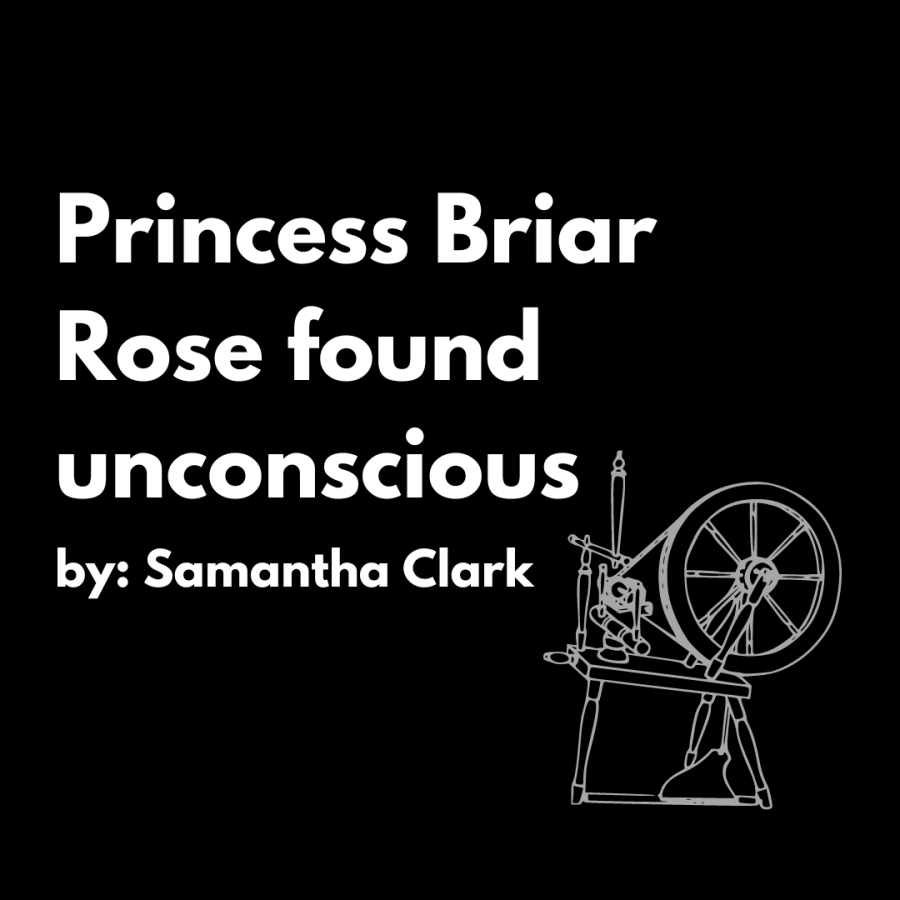 A young woman was found unconscious and covered in blood Thursday night. Local police report the name of the victim was Princess Briar Rose. Princess Rose was last seen in her sewing room in the castle. Rose was transported to the local hospital unconscious and in critical condition.

“I still don’t know what happened,” servant Margaret Elise said. “She was fine when I left. She was sewing and pricked her finger and started to feel dizzy, so I went to fetch her some tea. She’s always doing that, pricking her finger.”

Recently hired doctor, Ian Thorne, declared Princess Rose dead of a poisoned surgical needle placed on her sewing wheel. However, when the king of the castle, King Stefan Rose, went to check her body, he said she was still alive and just comatose.

“I just hired Ian the day before, and he came highly qualified. I didn’t understand how he could make such a simple mistake such as checking a pulse,” the King said. “That was when I started to suspect maybe it was his doing all along to kill my daughter.”

The next day, King Rose summoned his court of advisors where he publicly charged Thorne with attempted murder stating only he had access to the medical tools needed to get the job done. Guests from around the kingdom came to bear witness, such as Prince Phillip Charming.

“I’ve been treated by Ian before and he is an excellent doctor. He is a very kind man and I don’t think he would do such a thing,” said Charming. “I have my own suspicions, but no evidence, and I’m not the one to falsely accuse here.”

Thorne pleaded that he had no memories of what happened the night before. In spite of that, King Rose charged him guilty after the castle knights stated witness reports of seeing him that evening.

“It would be a shame if someone posed as him that night and this man truly has no clue what happened,” one of King Rose’s advisors, Maleficent Faery, said. “But to stage such an elaborate assassination as a poor new doctor would be just cruel. Poor Princess Briar Rose, I do hope she wakes up soon.”