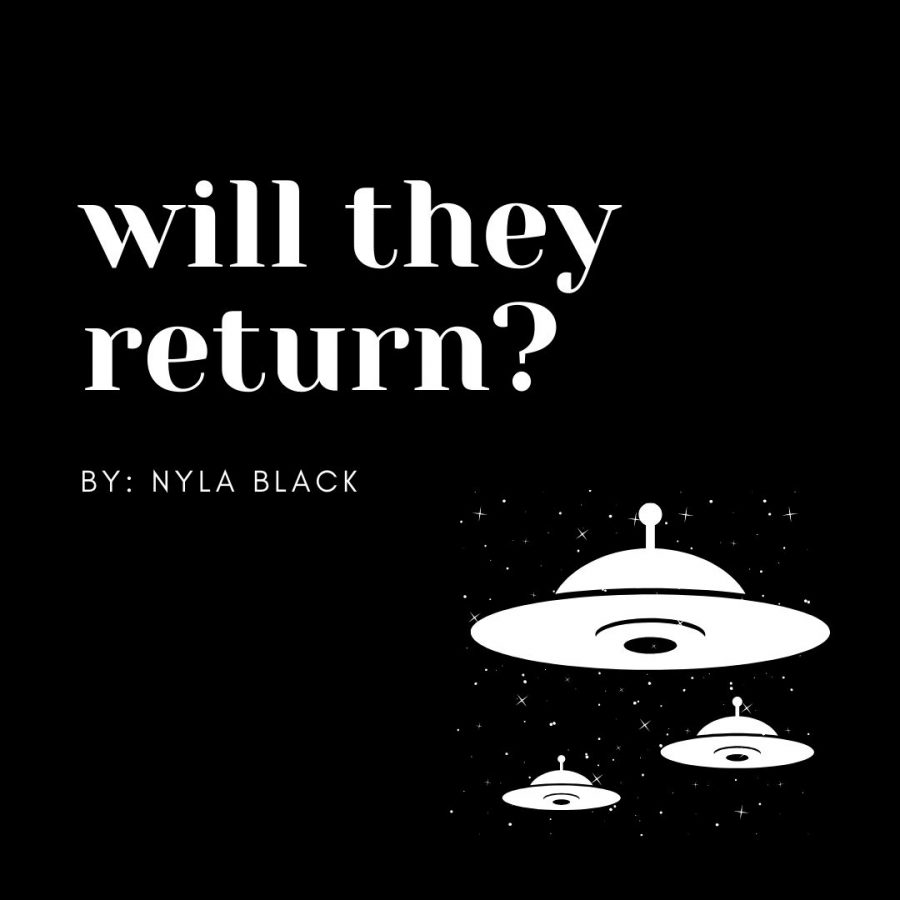 That was the day that changed everything, the day the world ended. I can still remember that Monday morning in the year of 1962. It was the start of my 10th grade year, the year everyone looked forward to because you learned about the first amendment. We didn’t actually have a first amendment, the country was supposed to have a first amendment but it wasn’t passed. Since it was never passed, Americans do not legally have the freedom of speech, press, religion, protest, or petition. I know it may sound harsh, but it’s been this way for many years so it’s become our everyday life.

Cody and I had snuck into the abandoned space center to explore. When we were there something clattered, scaring us. We ran back past the safety gate and into the field. In the middle of the field we saw a flying disc in the air. We went towards the spacecraft and reached it by the time the ship had lowered down to the ground. Then I heard the whirl of a machine and I looked up, the door of the ship slid open. Just then a creature, odd in appearance, had exited the spacecraft. Cody and I whipped our heads around to face the extraterrestrial being that made strange noises.

After a moment of awkward silence, the creature cleared its throat then began in a thick British accent. “Greetings, I know we may have unsettled you slightly but we mean no harm…yet. We have a proposition for you and your kind,” The creature took a deep breath and scanned the area. “we want you all to hand over your planet, all of humankind will be relocated to a different planet.” The creature explained with a hint of mischief in its voice, “You’ve got three days to accept this offer or we will take this planet with force…” The creature turned around and as it disappeared back into the shuttle, “I highly suggest that you take the first offer” The UFO door then slid shut abruptly with a hiss, leaving us stunned at what we had just witnessed.

Cody and I fled as fast as physically possible and ran back to my house to devise a plan. We made a plan to tell as many people as possible and get enough people to help us take out these aliens; we needed to start the next day. The next day had come faster than ever and both Cody and I knew we needed to put our plan into action. Cody took the task of telling people online about it , while I told people outside in our area about the alien invasion. “Hey you! The aliens are coming! They’re taking over the world in two days!” I shouted at a group of people that passed and received dirty looks in return. An hour of trying to spread the aliens’ warning, a police officer pulled up to my area. “May I help you sir?” I had asked. “Yes miss, you are not legally allowed to spread this information without government approval. You will now be detained, you also have the right to remain silent.” The police officer stated, not a hint of emotion in his voice. The police officer then handcuffed my hands behind my back and guided me into the back seat of the cop car.

Once we had reached the police station the cop had shoved me into a communal cell with other wrongdoers. “Avil?” I recognized that voice, Cody was in the cell with me. “Cody, oh my gosh how did you end up here too?” I chastised him. “ Long story short, I wrote an article about invasion and hacked into the national feeds, publishing the article for everyone to see. Next thing I know, a bunch of cops are at my door saying I am under arrest for publishing the article.” As soon as those words left his mouth, I knew we were doomed. Without a way to tell people the aliens were gonna take over, the world was gonna end… It’s been 3 days since the aliens came, they are gonna come back. But for now all I can do is sit here and wait, wait for them to come back…If they ever do.