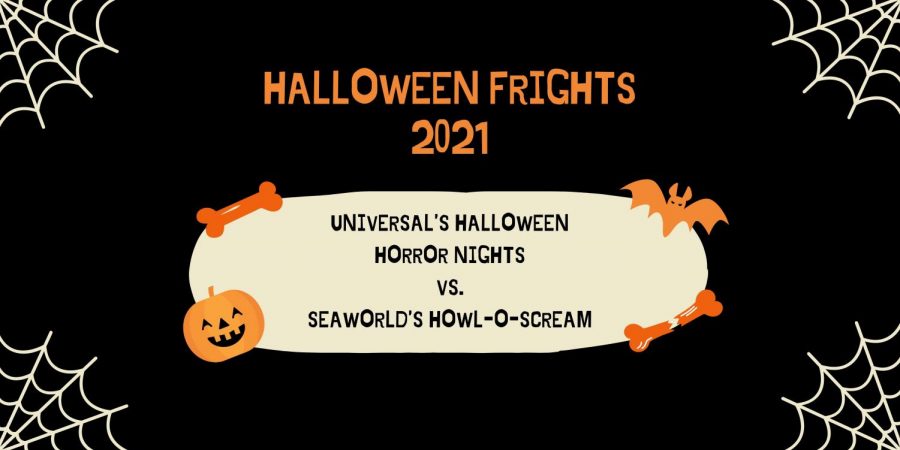 Halloween brings about a multitude of events that many people attend each year. The vast number of Halloween-themed events often create conflict regarding which provides the best scare experience.

Beginning Sept. 10, Howl-O-Scream opened for its first frightening night at SeaWorld. While it was the parks’ first year hosting the event, Busch Gardens, a neighboring amusement park owned by SeaWorld, has been doing something similar since 1999.

SeaWorld is not usually the first park I think of when I think “scary.” Neighboring parks, such as Universal which hosts “Halloween Horror Nights” and Walt Disney World which hosts “Boo Bash”, are popular spots for Halloween festivities. However, SeaWorld is making an unexpected debut to the scare stage with their first annual “Howl-O-Scream,” event hosted by the park that certainly spooked this novice.

The event offered four haunted houses, two of which I opted to go through during my visit on Saturday, Sept. 18. I visited “Beneath the Ice” early in the evening, so I did not have to wait long before entering. Traveling with my friends in a group of four left us exposed to the multiple scare actors that popped out from every angle. The house theme aimed to imitate a lost research base in the Arctic Circle, and I believe this was adequately achieved. Most of the rooms appeared to be the dark, messy, bloodied aftermath of an attack. What really took the house to the next level were the scare actors. Even after passing through the first few rooms expecting to be progressively less scared, I still felt surprised after every new spook. Given my inexperience with haunted houses, my travel party agreed that we all needed to take a seat after being in what felt like a never-ending maze.

Walking between different attractions, I often found myself accidentally entering scare zones, specified areas where scare actors follow, startle, and interact with guests. The zones varied by theme, ranging from a spooky campsite to a haunted pirate ship. There were times where, if my group and I wanted to travel anywhere, we were forced to enter these areas, which was a bit irritating to someone easily scared. When crowds were at their peak, the zones were dispersed enough that I got scared at least once in each. Around 1 a.m., even as the event was coming to a close, the scare actors were still invigorated and in character. Better yet, with most crowds dissipated, the interactions were a bit more personalized. At one point, I had three scare actors all focused on me, with one asking if she could have my teeth and another warning me that danger was lurking nearby. Overall, the scare zones definitely delivered in terms of fright and fun.

Possibly one of the most prominent highlights of my night were the rides that were left open, like Mako, which offered virtually no wait time. Since most others were off enjoying the scare attractions, my friends and I were able to just stay in the same seats when the ride came back to the loading area. By the end of the night, I had ridden it eight times, an otherwise time-consuming and nearly impossible feat had it been a normal operating day. To me, this was one of the most underrated parts of the night. Considering the park was lacking in the Halloween themes the event is meant for, it made my night more memorable.

All in all, I would definitely recommend Howl-O-Scream for anyone who is looking to get scared this season or cheat the normally long wait times for rides. I am excited to see how the event will grow and develop as it ages, and I hope to return soon. 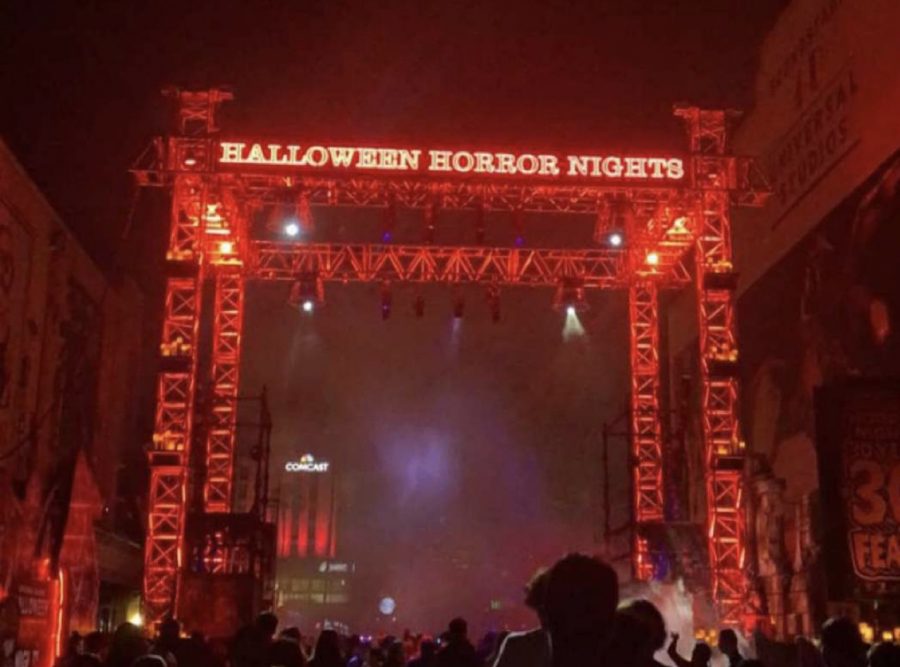 Halloween Horror Nights is an event that occurs at Universal Studios between Sept. 3 and Oct. 31 that provides people with the opportunity to walk through up to ten haunted houses, ride roller coasters, and interact with performers all after hours. The 30th anniversary of Halloween Horror Nights lived up to its renowned position as one of the largest “scare-fests” in the world, as the performers went above and beyond many people’s expectations, despite the safety precautions put in place.

As of this fall season, Universal Studios dusted off the cobwebs for the 30th anniversary of Halloween Horror Nights (HHN). My friends and I took full advantage of the chaos as the 15 of us took on the sinister haunted houses, walked through the Scare Zones more times than I can count and repeatedly rode roller coasters such as Rip Ride Rockit and Revenge of the Mummy. Though I thoroughly enjoyed a full evening of fright, I fear that my experience was dulled by the presence of plexiglass shields within the attractions and the depersonalization of the characters throughout.

When we entered the park, all of the outdoor rides were shut down due to rain, but rather than waiting for the crewmembers to dry off the tracks, we headed to our first haunted house of the night: The Wicked Growth: Realm of the Pumpkin. This house brought the infamously nightmarish creatures to life. Full of shadows, screams, and scares, it was a great way to start the evening. There are ten haunted houses this year, all of which I went through. Some of the haunted houses that stood out were Beetlejuice, The Texas Chainsaw Massacre and the HHN Icons Captured house, which contained the classics.

My personal favorite was the Beetlejuice haunted house, as the beginning of the house includes a long hallway with walls that appear as if they are spinning. The more disoriented I became, the less prepared I was for the jump scares, optical illusions and well known Beetlejuice characters. In addition to the houses, some of the park’s rides were operating, which contributed to the screams that rang throughout the park.

While all of the haunted houses were fun, the event is known for their performers who get so close to you, they seem to almost touch you. However, this year’s houses did not live up to that, as all of the places that the characters would have jumped out to scare us were covered with a plexiglass shield. Do not get me wrong, the loud noises the performers were able to create by banging on the plexiglass were shocking enough to make me jump and fall in the middle of the first house, but I felt that it lacked the creepiness of having someone invade your personal space.

Similarly, as we walked through the Scare Zones around the park, I noticed that they were lacking in terms of the “fear factor” that they provided in comparison to years prior, due to the fact that the characters were limited by a distance that they had to maintain between themselves and us. Although these are safety precautions against COVID-19, I still think that they could have kept the same amount of personal space, or lack of it, as previous years because of the fact that most characters needed to wear some sort of face mask anyway. Additionally, there were only three main Scare Zones: near the Revenge of the Mummy, the entrance of the park and the Marathon of Mayhem: Carnage Factory show, which was a let down, considering it made the vast majority of our walk around the park uneventful.

However, the aversion that I feel towards the decreased amounts of fright while at Halloween Horror Nights, is minute compared to the amount of fun that we had in the haunted houses, Scare Zones, and rides. Hopefully Universal Studios will be able to continue the terror that it brought them fame for years to come.