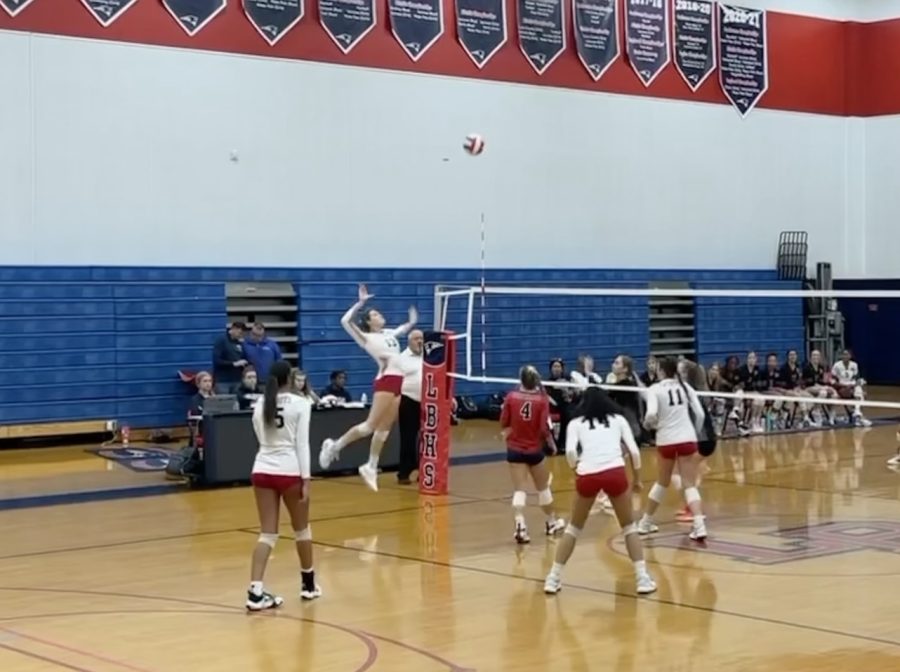 Girls’ volleyball went to districts on the week of Oct. 17. With many weeks of preparation, the Patriots were able to secure the district level win.

On the week of Oct. 17, the girls varsity volleyball team prepared for a series of games that would aid in their journey to possibly win the 2022 Girls Volleyball District Tournament. These matches required the girls to be both mentally and physically prepared to  compete with others with the same passion for volleyball. The team polished their skills by practicing everyday after school leading up to their game.

Properly preparing for these games allowed for the team to advance in the tournament. This would put them in a place to play against the Apopka blue darters in an extreme match that would assist them to move forward in the competition.

“I mostly prepared by staying calm and just having fun in the locker room, but as soon as we stepped on the court, we had to be serious,” senior Lana Maluda said. “We had to get all of the nerves and jitters out before we started playing.”

In the blowout game against Apopka High School, the Patriots won all three sets which moved their ranking up in the girls volleyball state tournament. The relationship that the girls have with one another played a huge role in helping them to win the games.

“I feel like we all have really good chemistry and have a lot of fun on and off the court,” junior Samantha Bowron said. “I think that playing all the way around on offense and defense helps contribute because I know that as long as I’m in I will put all my effort.”

By maintaining these bonds, the team allowed  them to be ranked fourth in the 7A district, which calls for the whole team to be engaged to advance higher in the region. Not only did the Patriots take on the Blue Darters this week, but they also went head to head with the East Ridge Knights.

“I feel like I contribute to the team with my leadership,” senior Sarah Gooch said. “Just always being encouraging and being there when anybody needs me.”

Having someone lead the team to success was crucial in beating East Ridge 3-0, giving the Patriots the title of district champions.

“I was so proud of the girls, we minimized the mistakes on our side of the net and had high energy throughout the match,” assistant varsity coach Madison Milo said. “I am excited that we got to move onto regionals and can not wait to see how far this group of girls go.”

Donate to The Brantley Banner
$25
$500
Contributed
Our Goal

Your donation will support the student journalists of Lake Brantley High School. Your contribution will allow us to purchase equipment and cover our annual website hosting costs.