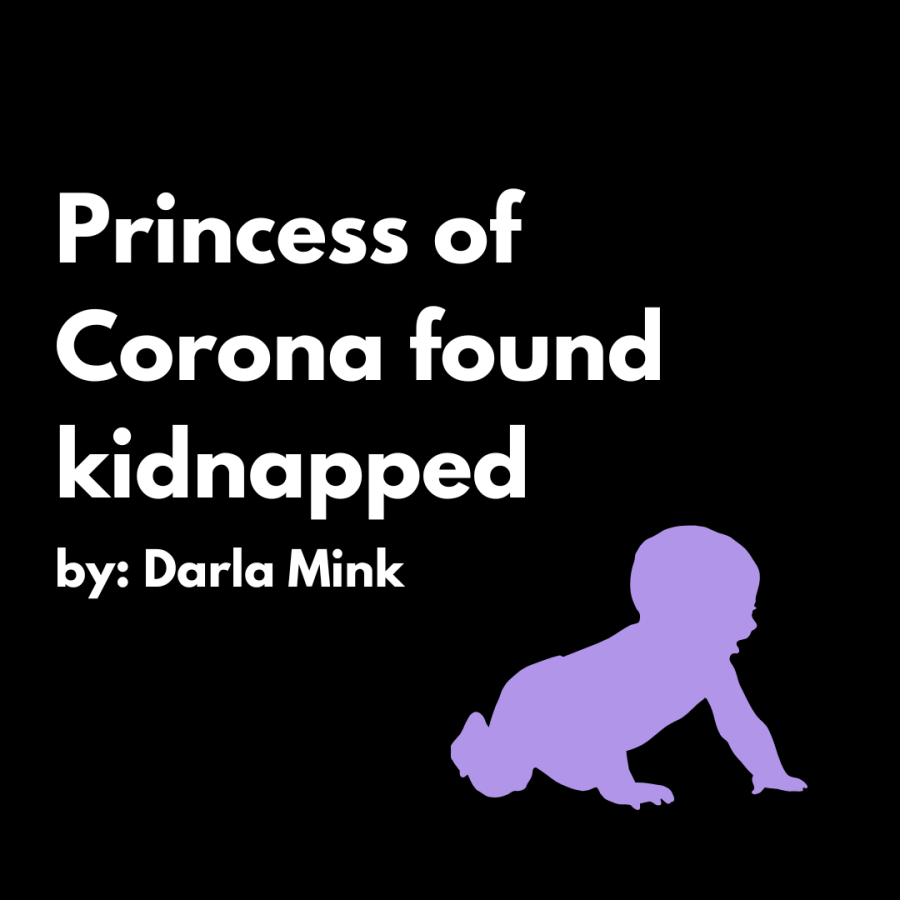 Journalism 1 reporter Darla Mink puts a twist on the classic tale of Rapunzel.

The princess of Corona has been kidnapped. Just born a few days ago,

rejuvenating. It is suspected that the reason for her kidnapping was her magical powers.

“I’m so worried for my baby girl,” Queen Arianna said. “We’ve sent all the troops possible out to catch this evil person.”

The family had lit lanterns in hopes to find their lost daughter. A few suspects have been gathered to discuss the disappearance of the princess. Mark Lukes, family friend of the royals, was last seen only a day before the kidnapping hence the belief of disappearing

“I honestly haven’t even been invited into the kingdom yet,” Mark Lukes, family friend of the royals, said.

heal Queen Arianna during childbirth right before it was picked for the queen.

“I don’t know what you’re talking about,” said Gothel. “I have no relations with the queen or her family in any way.”

Lastly, a man by the name of Joshua Duke, who helped deliver the princess, is suspected. The royal family states they’ve always felt weird around him.

“I had no intentions to hurt the family in any way,” Duke said.

The family had continued their desperate search for their daughter. An award was placed out for one million dollars for anyone who helps to help find princess Rapunzel. All

suspects had been kept in custody in the palace prison. With the whole kingdom left in a panic, it had been prayed for the newly born princess to arrive home soon.

“We just want a precious baby to be back home and safe,” Arianna said.