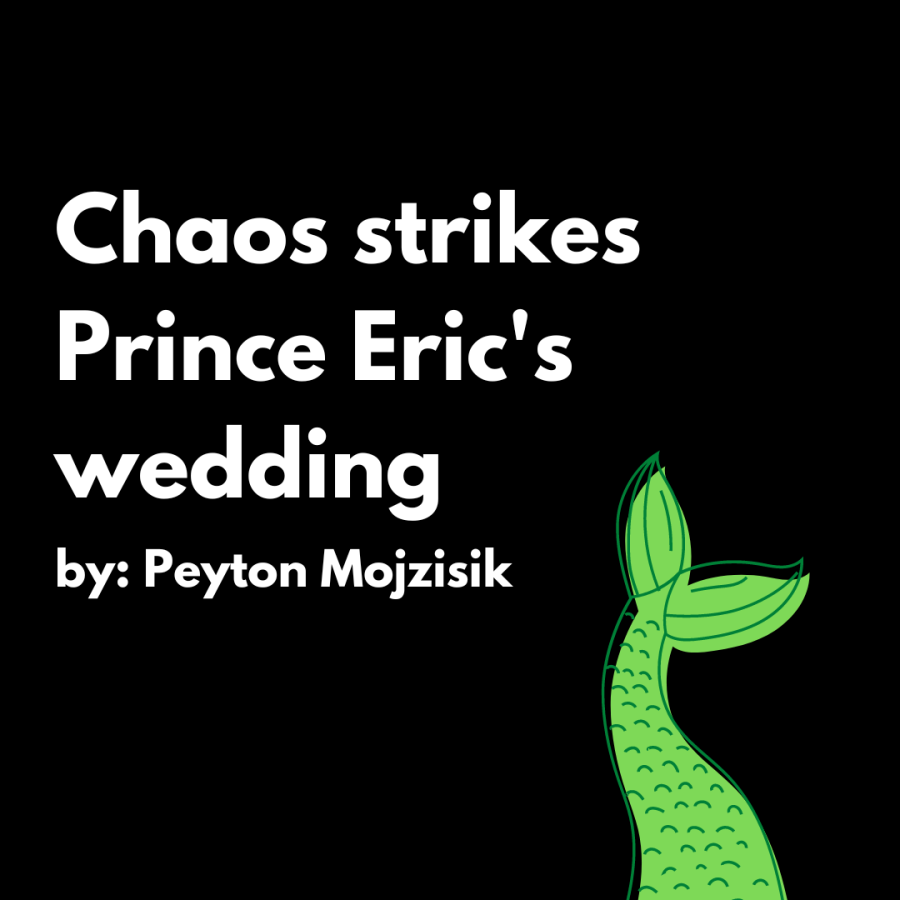 Prince Eric’s search for marriage created the largest scandal ever reported in royal history. Trying to find a bride before his birthday passed, he was desperate to search for the woman who had saved his life after falling overboard. The issue was that Eric would only be able to identify this mystery woman through her voice, as she sang to him when he was rescued.

Just when Prince Eric began to lose hope, a woman appeared and sang with the voice that he recognized. Her name was Vanessa.

“Something about her felt off, but she had the voice so I was sure that she was the one,” said Prince Eric.

Vanessa and Eric were set to get married the next day at sea. But the day of the wedding came and it was suddenly overrun by various sea animals.

“It was the strangest experience of my life,” wedding attendee Bella Amara said. “I was so scared that we were going to be hurt.”

The chaos that occurred caused Vanessa’s necklace to shatter, revealing that she had stolen the voice of Eric’s true love, Ariel.

“At that moment, I knew she was the one,” Eric said. “I don’t know how I could have overlooked her.”

Prince Eric figured out that Vanessa was a fraud and that she was Ariel’s sister. After the wedding fiasco, it was later revealed that Vanessa stole Ariel’s voice so that she could steal Eric from her.

“Vanessa had always been jealous of Ariel’s life,” Queen Athena said. “Ariel wanted to show Eric her voice, but Vanessa would ruin her life if she did.”

Eventually, Vanessa had to pay for what she tried to do. She was sent to prison for 30 years. Prince Eric and Ariel reunited and got married at sea.

“This was the most unexpected event I have ever experienced,” Ariel said. “I was so nervous that I would lose Eric, but Vanessa’s lies were uncovered and we can be happy.”