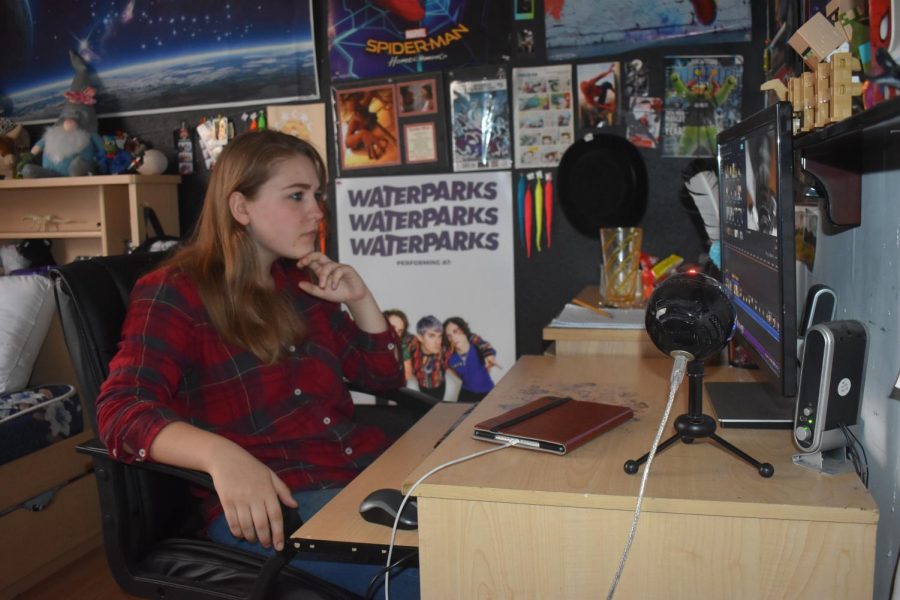 During quarantine break Junior Angelina Jonkaitis partook in a game of "This or That" where she and a friend wrote a song and directed a video. Jonkaitis spent an hour gathering video clips and editing the song her friend had made during the challenge.

Staff Pick: This or That

It is not fun to stay indoors all day with the never-ending thought of “what will I do today.” Yet despite being quarantined I figured out a fun way to ease my boredom while being creative but most importantly safe.  I created a game called “This or that” which is about taking your talents and putting them to work while trying out another person’s skills. For example, my friend can write music and sing while I cannot form a proper sentence let alone a whole song. Thus, we each took one hour to make a song and show it off to each other. Obviously, hers was a lot better than mine but it was fun to challenge myself in something I never thought I would do. Now the game does not stop there, I decided to make a film based on the songs we made now I specialize in filmmaking and editing while she does not thus, we both took an hour and made films based on the songs we wrote. You could see our strengths and weaknesses when watching the videos, we had made. Yet the game does not just have to be about making films and songs it could about any talent a person may have.  Art, crafting, baking, film making, and singing are examples of talents that could be used during this game. Most importantly it is safe during social distancing as you could easily do this game over the phone rather than In person. I think taking the time to try something new is always beneficial and gets the mind flowing. It is a great way to maintain creativity while being stuck inside.