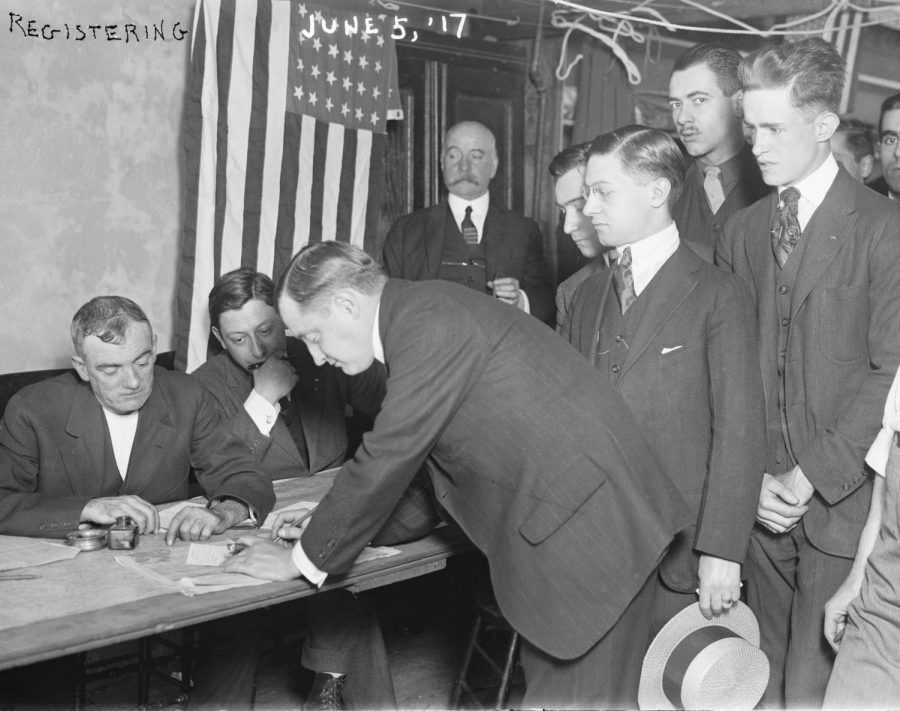 When there is a need for more personnel in time of war, the government will pass a bill to draft men to serve in the military that are of age. There has been a variety of different opinions that have been spoken about this subject, including the two shown below.

The Draft: An Essential Tool

With the recent tensions between the United States and Iran, many young people are concerned about the risks of war and a possible military draft upending the beginning of their adult lives. Concern about international conflict that involves the United States has sparked a debate about the draft and whether a modern state with an all-volunteer military should continue this practice. As flawed as it is, the draft is still an indispensable tool of modern government for the maintenance of national security.

Conscription, the practice of compulsory enlistment into military service, has been around since the beginning of violent conflict between humans. Known in the United States as the draft, military conscription ended in the United States in 1973 during the Vietnam War. It was replaced by the Selective Service System, which is designed to allow the draft to return if necessary. Almost all young men between the ages of 18 and 25 are mandated to register.

The draft is a strategic necessity. With 1,359,685 active duty service members as of Feb. 28, 2019, the United States has the third largest military by active personnel in the world, but our military is a larger percentage of our population than China and India, which possess the largest and second largest militaries in the world in regard to active service members, respectively. This means that in a war without the use of nuclear weapons, which would render traditional armed conflict irrelevant, the numbers advantage is strongly in favor of China, our most likely enemy of our two size competitors. The draft is a crucial tool to increase the size of a state’s military in time of conflict and would thus be necessary in any number of conflict scenarios to give the United States a greater chance of victory against an opponent. There is no suitable alternative to a draft system that would achieve the same goals in a strategically acceptable manner.

The draft allows the government and the people to protect themselves from aggression and threats to their freedom or values. There are not many people who volunteer to place their life on the line for their country, even in a time of peace, and in a time of war there are often even fewer. The draft allows for an equitable distribution of the costs of national security while guaranteeing its benefits for all.

I will concede, however, that the draft is a necessary evil. It is flawed, not in theory, but in execution. The requirement of Selective Service registration applies only to young men and not young women. And while it is generally true that men make better combat personnel than women, both are equally capable in support positions and many women are just as capable as men in combat service. This gender disparity is not a fault of the draft itself but rather a flaw in its implementation that is unbefitting of a supposedly egalitarian society.

Even if its implementation is flawed and war is terrible all around, the draft is an effective tool of government that allows the United States to protect its people and territory and ensure the security of our rights and freedoms from foreign aggression and those who wish to see the American way of life destroyed.

The Draft Should No Longer Exist, here’s why. 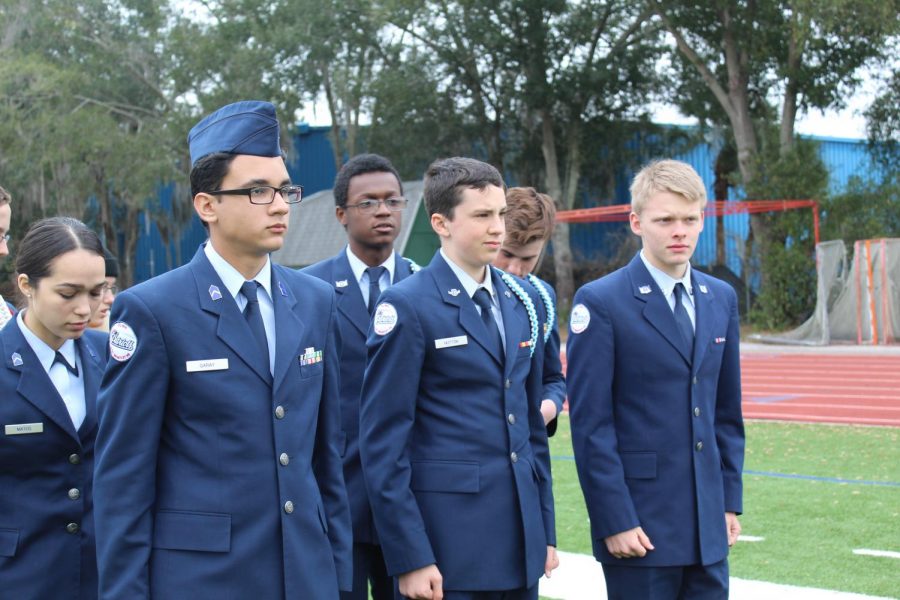 ROTC cadets, Brian Garay, Dylan Hutton and Stephen Mackenzie are seen practicing commends on the field during a drill practice on Wednesday, Jan. 22.

In 1955, the Eisenhower administration officially declared war on Vietnam. For nearly 20 years after, over 300,000 young men were drafted to serve and were mailed a letter determining their fate, whether they wanted it or not. Those who served with grit and honor, unaware they would later succumb to PTSD, permanent injury and Agent Orange related illness. A young man in Puerto Rico was one of these men called to action. He continues to be proud of his service and is the most patriotic American I know, but I see the gloss over his eyes. It has been over 45 years, but he still cannot hike through a forest, lay near mangrove trees or enjoy a cold day near the ocean. History does not repeat itself, but it often rhymes.

I have never known a United States not at war, but I have also never lived through the use of the draft. The war in Afghanistan started in October of 2001, in an era of extreme income inequality right before one of the worst recessions in history. Nineteen years later, the war in Afghanistan still rages on, and a war with Iran is a looming possibility, but a draft remains unnecessary. Not due to overwhelming support for the war or a mass sense of patriotism but because a dire lack of government assistance means the U.S. Armed Forces has become an economic safety net.

The United States is the only major developed country to not have a universal healthcare system, making GoFundMe, a company that amassed over $650 million in donations last year, more reliable than any lackluster government program or exploitative insurance plan. Pile massive amounts of medical debt alongside the 44 million Americans facing student loan debt amassing over $1.5 trillion and simply living in the United States a struggle. The middle class is no longer a safe socio-economic stronghold. The United States Armed forces has become the most reliable source for necessary economic assistance. The GI Bill, VA Health services and job programs, all welfare initiatives that the US refuses to put into place for everyone, making the military alluring for many. Poverty, class divisions and extreme debt have become the new draft.

No taxation without representation is a motto that literally helped found the United States, but that same government who fought for that policy drafted and aims to recruit hundreds of thousands who are not fairly represented in government or policy. The commonwealth of Puerto Rico is a hotbed for high school army recruiters, the island has a 45 percent poverty rate, and a fatal lack of monetary assistance from the US Federal Government. The same country that refuses to give the island a voting member of Congress, who cuts food stamps and welfare for over 670,000 inhabitants is expecting young Puerto Rican citizens to fight for them. If the United States refuses to tax without representation they should keep the same sentiment with the draft. No fighting for foreign interests and leaving everything you love behind without representation- not as catchy, I know.

Talk of the draft has made the rounds again, incompetent foreign policy in Iran has put the United States at the brink of another endless war. Forty years ago that young Puerto Rican man was shipped to war, he is proud of his service but that is the point, he still would have served even if not drafted. As long as extreme poverty and income inequality still exists in the richest country on Earth, the draft remains unnecessary. Free college, steady healthcare for your whole family and support from veteran organizations seems like a fair trade off for potential death when you have none of those things. The draft is cruel and unnecessary at best, fatal at worst.